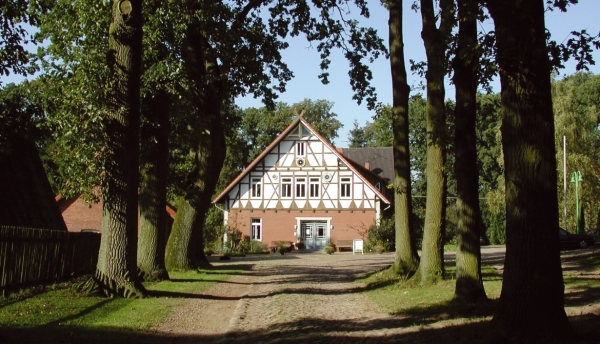 Visitors visiting the FloraFarm in Bockhorn near Walsrode for the first time will be amazed how idyllically situated it is in the middle of the unique ginseng gardens and a historic courtyard.

The "Helkenhof", a farmstead built in the typical Lower Saxonian style, dates back to 1438 and was run until about 30 years ago as a traditional farm with agriculture as regular basis. The decisive change came at the beginning of the 80s, when Heinrich Wischmann - in search of alternative opportunities - turned his attention to Asia, in particular Korean ginseng cultivation, which promised an alternative to subsidized agriculture. With much patience and work, Ginseng pioneer Wischmann realized his vision of Korean ginseng "made in Germany" and thus also transformed the appearance of the Helkenhof.

Working in the former cowshed

Today, FloraFarm's headquarters, with its inviting ginseng café and ginseng shop, are located in the former cowshed of the Lower Saxonian farmhouse, which still houses the living quarters of ginseng pioneer Heinrich Wischmann.

In the center of the courtyard there are two heritage sheds, which were built up early to be used as outbuildings. At that time this was rather unusual, since usually all functions of the rural household were combined under one roof in the main building. 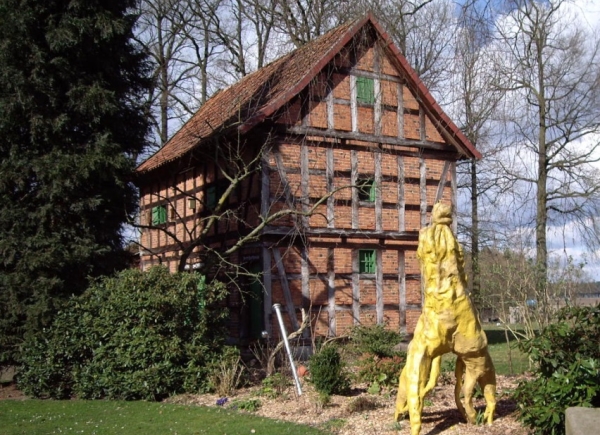 If you go on the ginseng path towards the direction of the ginseng-gardens, you will find a two-storey shed from about 1825 on the right hand side. Striking here is the narrow half-timber raster made of a large amount of valuable oak wood and an infill with bricks - a very expensive type of construction at that time. Bricks were mostly made only in small series and the oak was a much sought after and rare building material. This indicates a high economic power of the Helkenhof at that time. Already at its construction, the shed was covered with hand-drawn hollow pans and still is accessible via internal stairs. 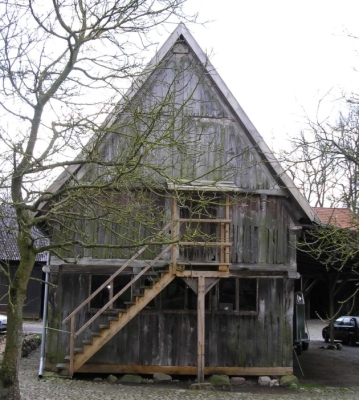 A special feature of this region is the single-storey shed with high flap tile from 1675 located in the middle of the yard, which due to its construction offers extensive storage space in the roof and is accessible by outside stairs. Its unusual combination of a carriage house (open passage on one side) and a storage is unique in this region. Constructed as a pure timber construction, it has some wooden joints that were already common in ancient Egypt (beams are tapped through the stands and secured with wedges). Strong boards, so-called planks, were used as infill - hence the name "Ständerbohlenbau", which similarly applies to the Norwegian stave churches. The steep slope of the roof indicates that the roofing originally consisted of rye straw. 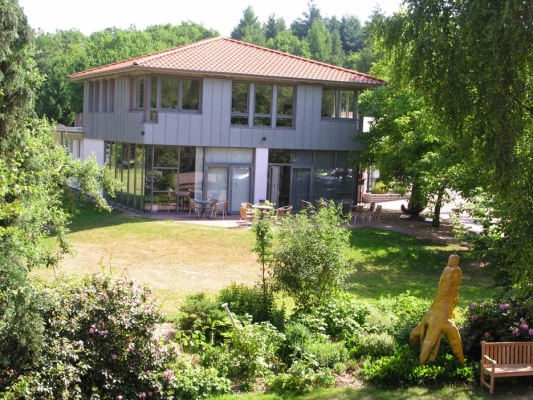 But not only historic-traditional buildings are located on the Helkenhof, also a modern building, which was inaugurated in 2005 by former Chancellor Helmut Schmidt, completes the appearance. 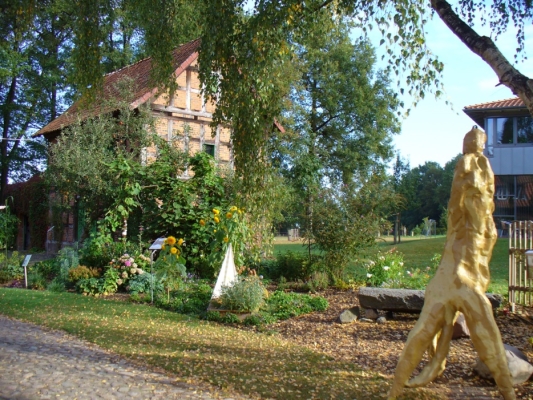 Former Chancellor Helmut Schmidt swore by the effects of ginseng for more than 40 years. His wife Loki had "discovered" FloraFarm Ginseng for herself and her husband, and so both benefited from ginseng "made in Germany" and were always closely bond to the FloraFarm. As a passionate and nationwide acknowledged plant expert, Loki Schmidt visited the ginseng gardens several times. By participating in the "90 Loki Schmidt Beete" campaign, FloraFarm honors an extraordinary woman and her tireless commitment to nature conservation.

By selecting "Accept all", you give us permission to use the following services on our website: YouTube, ReCaptcha, Google Analytics (Universal Analytics). You can change the settings at any time (fingerprint icon in the bottom left corner). For further details, please see Individual configuration and our Privacy notice.

The settings you specify here are stored in the "local storage" of your device. The settings will be remembered for the next time you visit our online shop. You can change these settings at any time (fingerprint icon in the bottom left corner).

To submit forms on this page, you need to consent to the transfer of data and storage of third-party cookies by Google. With your consent, reCAPTCHA, a Google service to avoid spam messages via contact forms, will be embedded. This service allows us to provide our customers with a safe way to contact us via online forms. At the same time, the service prevents spam bots from compromising our services. After you gave your permission, you might be asked to answer a security prompt to send the form. If you do not consent, unfortunately you cannot use the form. Please contact us in a different way.

This is a web analytics service.

Would you like to see these contents? Activate the desired contents for one session only or allow the website to remember these settings. Once you have given your consent, the third-party data can be loaded. For this, third-party cookies might be stored on your device. You can change these settings at any time (fingerprint icon in the bottom left corner). For further details, please see the Privacy notice.

Too bad, now we have to go back to the glass ball or read in the coffee grounds to understand our visitors ...

Why do we have to do that? Quite simply, you have forbidden us to watch Your steps on our site with Google Analytics. That sounds dramatically to You, we know. But look at it: we do not even know who YOU are, we just see that SOMEONE looks at our pages, how he/she does that, how long this SOMEONE lingers on the respective pages, etc. We do not know who You are, whether You are male or female, how old You are, how Your weight is - no idea. Nor do we pass this data on to Google, we don not have them not at all! Nevertheless, this data of SOMEONE will provide us with valuable information about our site, we want You to like everything here, that You feel good and - of course - buy our products ...

So we can see where there are problems. If many visitors leave our site during the purchase process while choosing the payment method, we know that something is wrong and can improve it. Sounds good, right? Thats good for You and good for us. So it´s a win-win situation. So let us accompany You on Your way through our store. Deal?

Thanks, Harry can pack the glass ball ...

Great, you got it! Now we can work better on our offer again!